History of the Parish

The Church of SS Gregory and Augustine was founded in 1911, the same year as SS Edmund and Frideswide (Iffley Road, now run by the Capuchin Franciscans). Previously the Oxford area had been served by the Jesuits at St Aloysius (now an Oratory of St Philip Neri), which was founded in 1875, and the church of St Ignatius (in St Clements), which had been founded immediately after the relaxation of the penal laws forbidding the building of Catholic 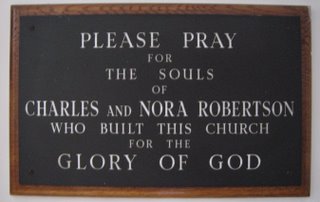 St Ignatius' continued in use as a chapel of ease attached to St Aloysius until SS Edmund and Frideswide was built. The parochial system was re-established in England and Wales only in 1918, following the promulgation of the Code of Canon Law in 1917, so SS Gregory & Augustine's was actually founded as a 'mission' church. More Catholic parishes were established in the ensuing decades.


The architect was Ernest Newton, a much admired member of the Arts and Crafts movement. The fabric of the church is very little changed from the time of its foundation, as can be seen from these photographs taken in the 1940s. There has recently been a restoration of the Church which has included the painting of the Reredos (behind the Altar).


Nikolaus Pevsner described the church thus (1974): "By Ernest Newton. Small and stuccoed. A rectangle, white, with a cupola. W. window with a gently double-curved head. Plaster tunnel-vault inside with tie beams."

For more on the history of Catholic Oxford, see here. 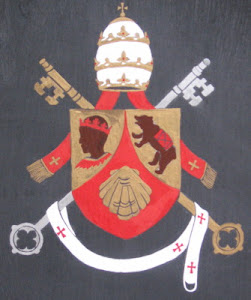 Other links of interest